G’day. Thanks for visiting Getfished!

Have you noticed that there’s a lot of information on the Internet about fishing in the USA? Or even the UK and Europe?

But the Australian fishing information is spread out over many sites?

Some of it has been written by some awesome people – and it shows they know what they’re talking about.

Of course, there are some truly fantastic YouTube videos, too. I subscribe to many – and you should too! Some of those you’ll see featured on this website. I do that when I think the content in the video is awesome.

So for beginner and intermediate fishing, it can be a battle getting the right info.

That’s why the long-term goal of Getfished is to build a resource that caters to beginner and intermediate fishos.

Here’s what you’ll discover on this site. I review some of Victoria’s Top Fishing Spots I’ve actually visited. This includes great saltwater spots like Port Phillip Bay and Western Port. Looking at the best bait and tackle that’s worked for me – or others – in that location.h

Where to fish in Melbourne. Both the metro area and regional Victoria. Including some of the best piers in Melbourne.

Plus, beaches, estuaries. As well as Victorian regional fishing spots.

I’ve been to a lot over the years. So adding spots is very much an ongoing process.

Not everything I do is land-based fishing though. I also write about my boat (tinny) and kayak fishing experiences. This includes positive as well as less than stellar experiences. For example, you can read about how to avoid my mistakes when buying a secondhand boat trailer.

You’ll also find Getfished will show data we have collected. Either from our own studies or those provided by government departments and peak bodies. Those are used within articles on the website. The complete datasets are available on our fishing dataset’s page.

Finally – our Victorian Fishing Report provides regular videos and reports on catches around the Melbourne and great Victorian area.

It’s a play on words. It is supposed to sound a little bit off, without being actually insulting. As in “Go and GetFished!”

It is more about my sense of humor than anything else. I grew up on Monty Python, Fawlty Towers, Mel Brooks movies and even the, by today’s standards, politically incorrect Carry On movies.

Where Are Some Of Your Favorite Fishing Spots?

This varies a lot. I have many. But I do have a few faves. I love fishing The Warmies, fishing Sandringham Marina rock wall, fishing at Werribee South River and of course Mordialloc Pier fishing – one of my all time favorites.

I love surf fishing Kilcunda as well as fishing Lake Nagambie in my tinny. As well as heading further north and Fishing Lake Mulwala (tinny again.) Add to this fishing Echuca on the Murray River. Again in my tinny.

About Dave – A Geek, A Fisho 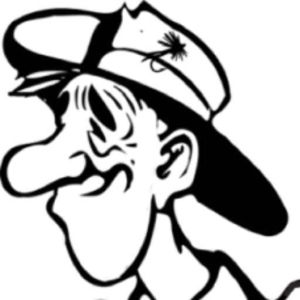 I’m based in Melbourne, Australia. Where I also perform the role of Dad to two beautiful daughters and husband to an equally beautiful wife.

I was once involved in politics. Even ran for Federal parliament back in 2007. But honestly – fishing has fewer slippery characters and is a whole lot more fun!

A time when we all had long hair, a wide collar and listened to Pink Floyd.

OK. I still listen to Pink Floyd. Everybody has a weakness, right?

My passion has always been fishing. My regret is that there is never time to do it often enough!

(Wife Adds: Which is at least once a week – more if he can sneak out instead of chores – like mowing the lawn.)

By profession, I’m a software developer (programmer.) I have worked for multinational companies like National Semi-Conductor, Datachecker DTS, ICL Systems and Fujitsu.

In addition, I’ve also written software and managed IT systems for smaller companies and retail independent and chain stores.

Even a well known Australian political party at one time (shakes head, what was I thinking?).

Fluent (before I stopped counting some years back) in 27 programming languages. Encompassing a career working on Mainframes, Bank Teller machines, Personal Computers, Mac’s, Linux, OS2 and of course the modern Internet’s PHP and JS.

Look. Y2K didn’t cause planes to fall out of the sky – but it was darn right inconvenient and had the potential to cost the loss of money for a lot of businesses using Windows 3.1, 95 and 98 back then.

“Struth! Give it a rest, mate.. I came here for the fishing!”

In more recent years I have provided Internet Marketing services & Technical SEO to small businesses and political parties in Australia.

The latter is a bit like getting a fishing hook stuck in your palm while sitting on a filleting knife.

However, I have started taking a step back from these services to focus a little more on personal projects (like Getfished.)

Fishing and programming tend to be a little mutually exclusive. Programming tends to leave one sitting in the office chair day and night – leaving little time for soaking bait or flicking lures.

Hmm. Over three decades. Definitely time for a change, Right?

“If you get just one thing from this website, that helps your fishing, then that will have made my day, mate…”